Any Organization can't  flourish until it has the mix culture of people. Diversity is required so as to flourish from the root to the top level . Keeping this concept in mind I and Anup Kumar Mishra  both came up with an idea of why not select some girls as campus representatives (as we don't have even a single girl here in Bhopal rep group).

Venue for the event was Acropolis Engineering Institute Bhopal. The Acropolis group of Institution organizes Technical events which comprises of lots of presentation , technical quiz and which gathers diversified and a good crowd of enthusiastic students.

Mozilla Rep Anup Kumar Mishra helped me a lot in organizing this , he has consistently guided and appreciated for the efforts and has been a very motivational personality throughout the process to me.

The whole process started from 12 noon and went till 5:00 pm (5 hrs). Initially there was less crowd for this but as we started a little seminar before the event to get a glimpse of Mozilla Firefox and benefits and positivity of working as a Student Rep the hall soon get inundated by  enthusiast students. The expected crowd line for the event get crossed and it was hard to stop people as the hall was already full , but somehow we managed to arrange place for participants. 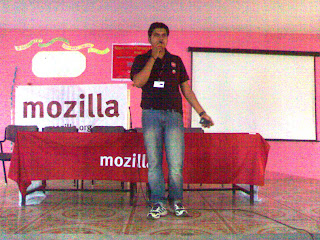 Event was basically revolving around a little introduction of Mozilla Technology and different Add-ons available to our Firefox and benefits of using them . Apart from this the main focus was on selecting students as Student Representative and make our networking strong at our local place.

In the very first step we organized a technical quiz which was in two phase T1 and T2.
A large people participated for this quiz but we filtered  technically sound people from first round and then comes the second round which also was based on the same frame but on the tougher side . 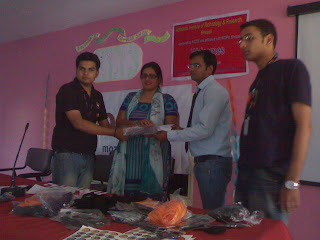 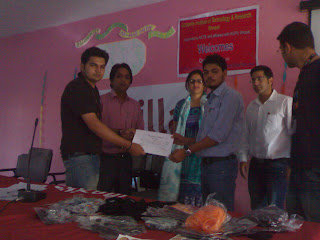 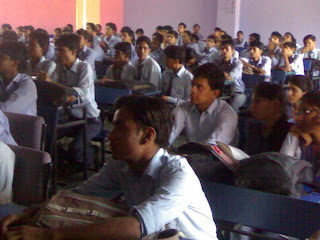 After all this there was a little interaction (one to one) from the students in top list and then we selected  5 students to be the part of Student Rep bhopal. Though we initiated the event basically for WoMoz but got only one candidate smart enough to join the clan .

The workshop ended with the participants receiving their Mozilla t-shirts as prize of technical quiz for attending, and the Mozilla Reps arranged  goodies (buttons, stickers) for them. The overall enthusiasm was prominent, and I'm really glad this event exceeded the expectations of every level of success!

A hearty thanks to my Team Firefox Mr. Anup Kumar Mishra for working efficiently to make this event a success. Also i would like to thank hospitality team of Acropolis Bhopal and enthusiastic students there  for helping me sail the boat of this event towards the happy end .
Posted by random thoughts !! at 04:58